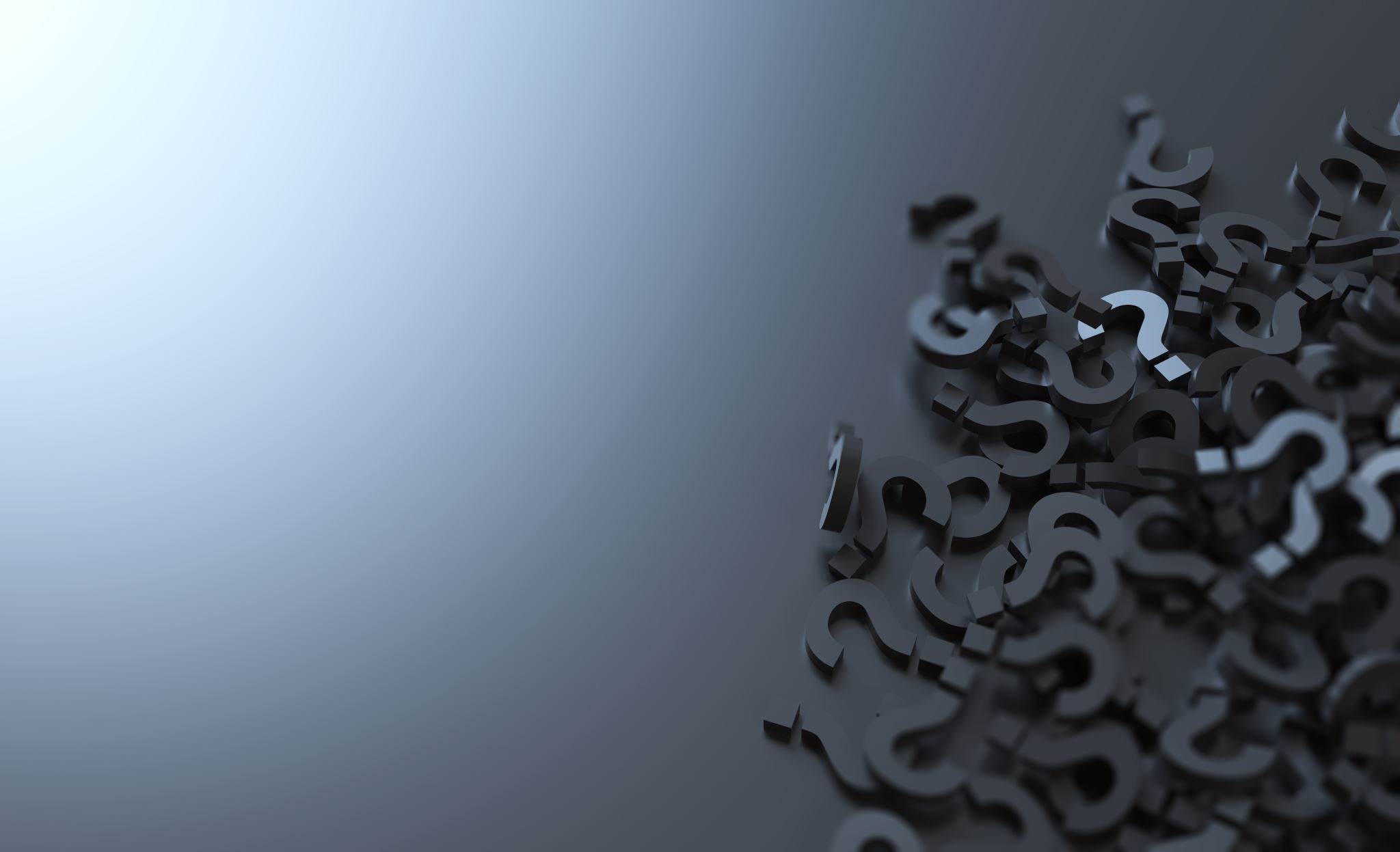 Which have delivered the biggest winners?

In 2010 Harvard Business Review analysed the strategies chosen by corporates during the previous three global recessions and the corporate performance before, during and after each one.  The crises studied were the 1980 crisis (which lasted from 1980 to 1982), the 1990 slowdown (1990 to 1991), and the 2000 bust (2000 to 2002). They studied 4,700 public companies, breaking down the data into three periods: the three years before a recession, the three years after, and the recession years themselves.

The findings from this research is described by HBR as “stark and startling”.

The strategies of the survivors had varying degrees of success:

The most successful companies were those that balanced cutting costs to survive today and investing to grow tomorrow.

Companies typically adopt one of four strategies in response to a crisis. The strategy chosen is primarily determined by the approach that the leadership have to risk and return and to their management style.

They also postpone making fresh investments in R&D, developing new businesses, or buying assets such as plant and machinery. As a rule, prevention-focused leaders cut back on almost every item of cost and investment and reduce expenditures significantly more than their competitors on at least one dimension.  This focus solely on cost cutting causes several problems:

Few prevention-focused corporations do well after a recession, according to the HBR study. They trail the other groups, with growth, on average, of 6% in sales and 4% in profits, compared with 13% and 12% for progressive companies.

Promotion-focused companies invest more in offensive moves that provide upside benefits.  They take a somewhat counter-intuitive approach and pursue opportunity even in the face of adversity. They use the recession as a pretext to push change through, to get closer to customers who may be ignored by competitors, make strategic investments that have long-term payoffs, and act opportunistically to acquire talent, assets, or businesses that become available during the downturn. These strategies are designed to garner upside benefits.

These organisations focus purely on promotion. They develop a culture of optimism that leads them to deny the gravity of a crisis for a long time. They ignore early warning signs, such as customers’ budget cuts, and are steadfast in the belief that as long as they innovate, their sales and profits will continue to rise. Even as customers look for lower prices and greater value for money, these companies add bells and whistles to their products. As the pie gets smaller the only way they can keep growing is to grow their market share.

Optimistic leaders attract employees who thrive in a forward-looking, growth-oriented environment. When positive group-think permeates an organisation, critics are marginalised and realities are overlooked. That is why promotion-focused organisations are often blindsided by poor financial results.

Their solutions are skewed towards long term returns. The need for these to be balanced with solutions to short term problems such as revenue, cash-flow and customer retention is underplayed and they run into problems.

Worse, when forced to tackle costs, the changes they make often prove to be too little, too late. Because each functional and business unit firmly believes that it contributes to corporate success, finger-pointing increases, trade-offs are difficult to make and decision making loses its ability to adapt to what is needed.

The resulting performance is poor. Whereas prevention-oriented companies lower their cost-to-sales ratio by about 3% relative to peers over the course of a recession, promotion-focused enterprises are unable to reduce that ratio. Promotion-focused CEOs are inclined to increase expenditures rather than cutting back, believing that this will push them ahead. If investments take longer to generate paybacks than expected, or innovations don’t resonate with customers, these companies run headlong into trouble.

Despite a focus on growth, promotion-focused companies’ post-recession sales and earnings rise by only 8% and 6% respectively, whereas those of progressive companies’ shoot up by 13% and 12%.

Pragmatic companies combine both defensive and offensive initiatives throughout the recovery cycle and are the most likely companies to outperform their competitors after a recession.  The CEOs of pragmatic companies recognise that cost cutting is necessary to survive a recession, that investment is equally essential to spur growth, and that they must manage both at the same time if their companies are to emerge as post-recession leaders.

These companies typically select from three defensive approaches and combine them with up to three offensive ones.

This gives nine possible strategy combinations, each of which deliver a different level of success.

So which combination has the greatest likelihood of post-recession success?

Progressive companies pursue the combination of defensive and offensive strategies that have the highest probability (37%) of producing post-recession winners:

Their post-recession growth in sales and earnings is the best among the groups in the HBR study.

Compared with their competitors, their cost cutting moves are done mainly by improving operational efficiency rather than by slashing the number of employees.

Their offensive moves are wide ranging. They develop new business opportunities by making significantly greater investments in R&D and marketing and they invest in assets such as plants and machinery.

Why do the companies that use this combination do so well after a recession?

Most enterprises implement aggressive cost-reduction plans to survive a recession but companies that focus on improving operational efficiency fare better than those that focus on reducing the number of employees because these cost reductions have fewer downsides and are permanent. Whilst layoffs may reduce costs quickly, as companies rehire during recovery, costs increase again.

Whilst progressive companies do also lay off employees, they rely on that approach much less than their peers do.

Only 23% of progressive enterprises cut staff—whereas 56% of prevention-focused companies do—and they lay off far fewer people.  Companies that rely solely on cutting the workforce have only an 11% probability of achieving breakaway performance during the recovery.

There may be several reasons for this:

Most importantly, companies that respond to a slowdown by re-examining every aspect of their business models—from how they have configured supply chains to how they are organised and structured—reduce their operating costs on a permanent basis. When demand returns, costs will stay low, allowing their profits to grow faster than those of competitors.  Costs saved through reducing headcount are lost as rehiring increases.

2. A Strong balance sheet and cash-flow creates the head-space for astute investment in marketing, R&D and assets

Companies that move faster and further to reduce debt, improve cash-flow before and during recessions create the ability to invest in developing new markets and enlarging their asset base. Focusing the network of teams on creating this head-space is a critical early activity of the recovery transformation and by engaging a broad cross section of the organisation in it progress can be made much more quickly.

These companies take advantage of depressed prices to buy property, plant and equipment. This helps them both during the recession and afterwards, when they can respond faster than competitors to a rise in demand. Because they can acquire assets at lower costs are lower than their non-investing competitors, their earnings can be relatively higher.

These companies also judiciously increase spending on R&D and marketing.  While this may produce only modest benefits during the recession, it adds substantially to sales and profit during recovery. The resources freed up by improving operational efficiency finance much of this expenditure.

In turbulent times, it is tough for companies to know where to place their bets for both the immediate term and the longer run but progressive companies stay closely connected to customer needs and make sure their supply chain focus uses the customer view as a key driver of investment decisions.

3. Getting the balance right - a question of faith

Cutting budgets in one area while expanding them in another means explaining to those who are being asked to bear the burden of the former why the company is spending on the latter where no immediate benefits are visible. This is not easy, particularly when employees have taken wage and salary cuts and are being asked to find smarter ways of doing things that will take out more cost. Transparency, honesty and frequent clear communication from the top are vital ingredients here.

To pull off a combination of cutbacks and strategic investments, CEOs have to exercise cost discipline and financial prudence and detect opportunities that offer reliable returns in reasonable payback periods.  They must also call on their personal credibility for making sound, reasonable and fair decisions that they have built up before the crisis began.  The results of this study seem to support the view that leaders who do best in a crisis are the ones who also did best before it occurred.

The purpose of this series is to help try and identify the most successful path back to growth following the Covid-19 pandemic.

The insights obtained from the studies of corporate strategies and the results they delivered during the 2008 Global Financial Crisis is the basis for our next blog in this series.